Posted on 8 February 2012 by aurelien in Articles

Tragopan is a site dedicated to the study and to the knowledge of the wildlife in Asia and particularly in China. Tragopan details the main part of the observations realized in areas  underestimated and often very difficult to access. That much information and images that the team gives you all… This mission of information is part of a wider set of activities ranging from the publication and the distribution of the naturalists knowledge, the production of pictures and videos reports, the implementation of a database of the various calls and songs of Asian birds, to the conception, the manufacturing, and  sales of  equipments specifically designs for  observing and  photographing birds…

Opened to all, photographers, scientists or simple lovers of an unusual wildlife, Tragopan wants to be the reflection of a passion which we share, which we would like to share with you…

Tragopan is led by : 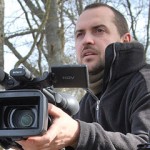